YES! Life is under attack. In 2020, SB 9 “Born-Alive Bill” was passed by the Senate, and handed off to the House in January. But they refused to vote on it until the last possible day April 15, knowing it would be followed by inevitable veto. There is no excuse for a veto-proof majority to allow pro-life legislation to be aborted. Likewise, HB 67 “No Right to Abortion” Amendment would have insulated Kentucky from Court actions declaring abortion to be a woman’s liberty, but was killed by Senate Leadership in March after passing the House 71-21. Babies’ lives should not be political tools. Legislators said we can do it next year. Some babies didn’t have a next year. Adrienne made sure we passed it in 2021, and it will be on the ballot November 2022 election for the voters.

2. What is Adrienne’s position on guns?

Adrienne is a firm believer in the 2nd Amendment. It is really what separates us from the rest of the world, and we must not let anything get in between us and our best possible self-defense. She opposes red flag laws and looks to bring relief from existing restrictions that are likely unconstitutional. Adrienne has been endorsed by both the NRA and NAGR, covering all the bases of gun rights concerns.

3. Will Adrienne protect the pensions?

YES! Keeping promises is non-negotiable. What future pension systems should look like is entirely separate from the issue of following through on our word and not spinning our wheels looking for a shortcut. We are in over our heads in pension debt and need to start swimming furiously upstream. Funds have been disappearing. Adrienne wants to address leaks so when we put money in, it won’t drain directly out.

4. Is Adrienne Republican or Democrat?

Republican. Everybody has to be something, but Adrienne believes in the foundational principles of constitutional governance and is arguably the most independent voice for the people in the face of the political status quo in Frankfort. 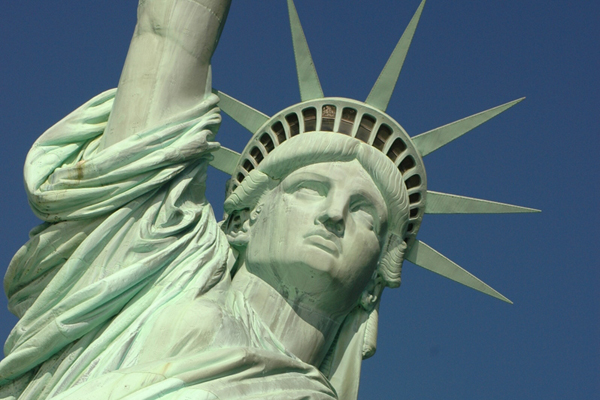 Adrienne has championed individual rights for the least represented. She firmly believes we must re-establish due process for all life, no matter what is popular. Additionally, all liberty must be protected in order for any to exist. Adrienne is a staunch supporter of privacy and supports a justice system that promotes mutual respect for everyone’s life and liberty. 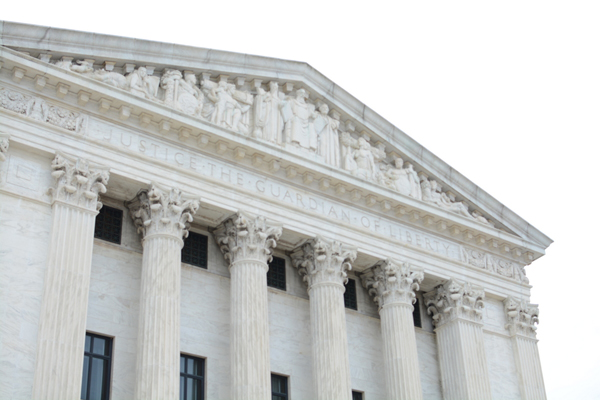 Whether the 1st, 2nd, 4th, 8th, 10th Amendment, or others, Adrienne believes in no infringement. She is an articulate supporter of the plethora of rights enumerated in the Constitution, including religion, speech, arms, privacy, due process, rights of the accused, and state’s rights. She also upholds the Kentucky Constitution, her favorite passages of which are school choice and Section 2 (no arbitrary power). 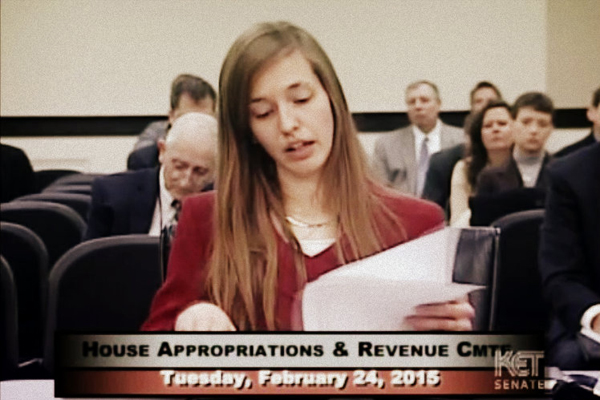 Being self-employed most of her life in a rural area, Adrienne is an ultra-resourceful innovator. Taking her problem-solving approach to the Lt. Governor’s office, she identified structural inefficiency and drag in various state agencies and worked to produce true customer service and reduce senseless legal or methodological barriers. Costs naturally decreased accordingly.

Adrienne drew upwards of ten maps to prove the maps did not require wild cuts and curves. 2022 SB 2

Adrienne has continued to advocate for lower debt in budgets and voted no on the 2022 budget for the sole reason of debt levels being too high.

Emergency Powers are so broad as to trample the constitution and allow anything imaginable short of confiscating guns. We need to make a practical outline of more proper delegation of Emergency power, to stay in bounds of the constitution as well as confined to local jurisdictions of actual emergency.

Adrienne made many amendments to 2021 SB 1, including writing language now in law protecting property rights from seizure.

Money is walking out the door unaccounted for, so the math never adds up. The Auditor can’t get hands on records to evaluate anything. Shutting down the economy left us with a 1-year budget that still won’t be funded. And pensions have become a talking point rather than getting investigated. 1) We need to pay down our debt and tighten up the leaks with both responsibility and policy in order to scavenge funds to direct to the pension, because dumping every dime we have into the pension system will be useless if holes remain in the bottom of the pot we’re adding money to. 2) Addressing wrong practices and leaks is first priority with heavy funding being right behind that.

Adrienne has advocated for pension support, and accomplished some, but there is much more to do.

Due Process for the Unborn

HB 67 in 2020 proposed a Constitutional Amendment that clarified there is no right to abortion in Kentucky, because some courts have suggested it’s a woman’s right to liberty. However, HB 67 met sudden death in our Republican-controlled Senate, even after passing the House 71-21.

Adrienne saw 2021 HB 91 through the Senate to completion.

1) Expand on districts of innovation theme to reduce the administrative burden on schools statewide. 2) Create statewide reciprocity between districts so parents can more easily move children into neighboring schools as education needs require. 3) Direct money through the web of bureaucracy straight into the classrooms for teachers to acquire materials needed for their teaching and provide general school supplies for all students.

Adrienne supported 2021 HB 563 creating statewide reciprocity between school districts. She sponsored a budget request for classroom teaching supplies in 2022 and will continue to push on all fronts for completion of these unfinished items in the future.

Police are supposed to enforce the law. Those who have any other intention have no place in our justice system. However, we have saddled our law enforcement with every responsibility under the sun, leaving little time to thoroughly train or maintain practice on any of the unusuals. Adrienne will 1) support justice reform measures that increase the public trust in our law enforcement, 2) create more effective training and mental health for law enforcement, and 3) protect every individual from use of arbitrary power.

Adrienne sponsored and passed accountability legislation to allow appeals to the Attorney General against agencies who fail to provide records in the timeframe allowed by law. There is more to do, and other issues stacking up continually in the attack on transparency culture pervading Frankfort.

Adrienne started reading legislation in 2007, started speaking to legislators on a regular basis in 2009, and by 2010 was looking at all of the bills every year in both the Senate and the House. Beginning in 2013, she provided formal training to private citizens in groups around the state who were looking to learn about being proactively involved in the civic process. Adrienne continually encouraged citizens to go beyond voting and make their voices heard throughout the year on specific issues of interest or concern to them. Working with citizens throughout the state opened the door to educating legislators on issues important to the people that were not getting attention of the media or well-known advocacy groups.

One of the most common questions Adrienne received in training sessions was, “How do you know that?” Usually the answer required a timeline of various years’ proposed legislation, as well as the background quilt of lobbying efforts, money trails, and associated agency findings, which was difficult to infuse into a verbal exchange. Practice most certainly helps perfect, and Adrienne has over 10 years absorbed into her bird’s-eye view of what is going on in Frankfort. There is simply no replacement for intuition from a knowledge base of experience.

In 2015, Adrienne was asked to accept employment in the executive branch. Throughout her four years of service with the Lt. Governor, she became exponentially more familiar with state agencies and programs, some of which she had previously been aware of through legislative efforts. However, the inside perspective shed much light on her outside perspective, just as much as her outside perspective shone into agencies needing serious reform based on real-world experience.

Adrienne brings a rare combination of both outside and inside perspective to any of the three branches of government. As a former designer, she can see something out of nothing to assess problems and create solutions. As a lawmaker, she excels at locating the details which can make or break any given legislation, as well as identifying missing pieces that can turn into blank checks contrary to legislators’ intentions. 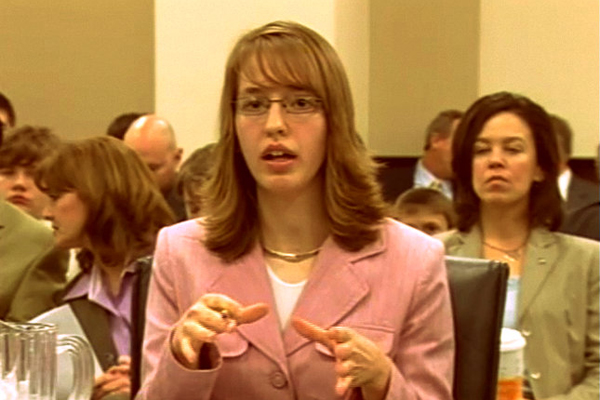 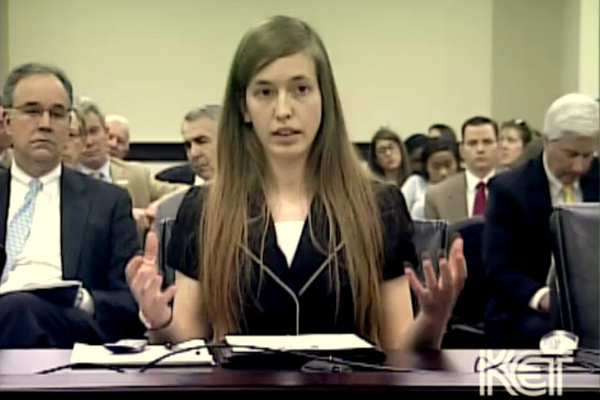 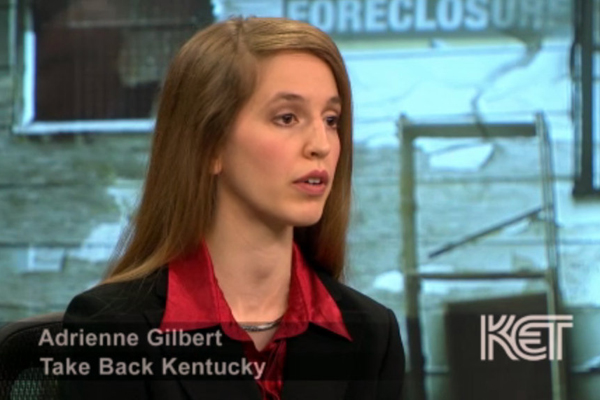